First of all, y’all, I have to say thank you.  Your outpouring of love and support over this last week has been amazing.  I know I didn’t share it on the blog.  There wasn’t a lot of time for that amidst grieving, making arrangements, and being with family, but if you follow me on social media, you know that Papa passed away at the beginning of this past week.  You can read his precious story here.

Though we knew it was coming, it was a sad week once he was actually gone, but we all agreed it wasn’t as hard as thought it would be.  Though it’s sad for us who will desperately miss him, it’s a Celebration for him and we’re grateful!  I missed blogging this week, but it just felt right to take a break and be there with family.

He had a beautiful military funeral that really did feel like a celebration.  I spoke about his legacy (though I’m still not sure how I got through that) and my sweet sister sang his favorite songs.  We know he was looking down and proud.

We are home now and getting back to a routine after the last month of being there all weekends and  multiple times throughout the week to spend time and take care of him.  And it felt like the right time to share some news with you.

We were able to share this news with Papa several weeks before he died and he was so happy.  He was completely alert up until the end and was “him” through and through, so he definitely understood and was able to talk with us and express his excitement.

So, in honor of Papa, I’m sharing the news he was most excited about! When Papa found out we were expecting a baby, he just knew it was a little girl.  He wanted one so badly.  When we got to tell him it was, he shouted, “Whoopee!”

Check out our gender reveal here.

Many of you have asked about Baby Girl’s name and we wanted to wait until we were sure about it to share. I come from a long line of “Roses.” I am Lindsay Rose and always wanted to be called that double name, but it just never stuck.  My grandmother (in the middle) is named Marilyn Rose and my mother (on the right) is Melody Rose.

I could write a book about each of these amazing women and what they’ve meant to me, and at some point, I will (well, atleast a post).  I’m grateful to be so close to them and to have had them as examples growing up.  I’ve always felt grateful to have their namesake and I knew that my firstborn daughter would also bear the name.

I always imagined giving my daughter the double name I never got with Rose.  Well, when we got married, that came up.  My sweet northern, New Jersey bred, husband wasn’t having a double name.  The double name fiasco has led to several fights over the years.  I loved it and desperately wanted to use it.  He couldn’t imagine it.  My passionate side might’ve come out just a bit.

So, we finally agreed that Rose would somehow be in there, but we would wait until we one day knew we were having a little girl to decide how.

When we found out this little one was on the way, we both thought it was a girl and were excited.  But I have to admit, we lived a little in fear of choosing her name.

But once we found out it was a girl, her name fell right into place.

My nickname growing up was Rosie.

The day we found out, we both just started calling her Rosie.  It fit and that was her name.

We were so grateful to have found a name we both loved so easily, we didn’t even worry about the middle name!  We knew one would come.

We had always planned to name a child after Papa.  I mean, with a legacy like that, how could we not?  When we found out that he wouldn’t have much time, I desperately wanted to name this little girl after him. Papa always went by Milford, so I really wanted to use that as a middle name somehow, but I just couldn’t imagine naming a little girl Milford.  Though, it would have amazing meaning.

And then one day, I was driving to the hospital and thinking about Papa, our little Rosie, how excited he was she was coming, and that he would never meet her this side of heaven.

And God gave me her name.

In January, we will be welcoming Rosie Mills Jackman.

I love the sound of it and the meaning behind it.  She couldn’t be named after more inspiring people.

When we told Papa what her name would be and why we chose to name her after him, we all had a good hug and cry.  I will carry that moment with me always.

As soon as we came up with it, of course, I loved it as a double name.  That is currently undecided, though I’m fairly certain I will call her Rosie Mills a lot (even if Chris defaults to Rosie) just because it reminds me that she is named after some of the most amazing people I know.

Thanks again for your support and patience as our family found our way through this time.

I’m excited to get back to blogging as normal this coming week.  It is officially fall in my book and have some fall posts built up that were supposed to go up this past week, so get excited!  Lots of warm and cozy to come.  This is the time of year when I really shine and I can’t wait to channel a little of that into the blog 🙂 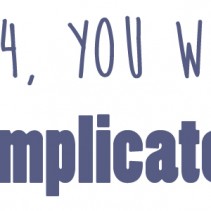 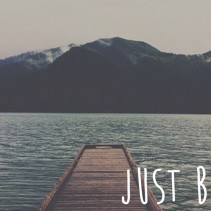