Yesterday, we celebrated two years with our Daxy boy. As I always do when these big milestones come, I have mixed feelings. On one hand, I cannot believe we’ve known him this long. And on another, life before him feelings very vague and cloudy!

He’s brought such unbelievable joy into our lives like I think every unique and precious soul does. Celebrating him this year reminded me of why I love and crave simple.

As his birthday approached, I felt a longing to really simplify how we celebrated and focus on just him this year. I love throwing our kids birthday parties and always have and I’m sure will again in the future! But with Dax’s age and all we’ve had going on, we decided to do a just family day and let that be enough for now. I questioned it over and over. “Not throw my child a birthday party?! Who am I?” But we stuck to it.

And our day was simple, perfect, and lovely. And we got to focus on him. I’ve found in the past that the big birthday parties I love to throw often take the focus off of my child. It becomes about the guests, the food, the decor. And all of those things and wonderful and fun! But this felt just right to us this year. And it also confirmed that in the future, I want the actual birthday to be this…simple, sweet, slow, and just focused on celebrating the special life we’ve been given another year with. On years where we do a party, I want to make sure that it’s on a different day, so that we can be present and just enjoy the special day.

Gift giving is my love language, so I always spend a lot of time thinking through gifts for occasions. I had so many ideas for Dax’s birthday, but kept coming back to the idea that a few well-chosen gifts would be better than a huge spread.

I’ve heard it said over and over that if you have one of something, you treasure it much more than if you had five. I’ve seen that prove true in my own life over and over, but human nature often kicks in and I forget that truth and want more.

I was determined to keep the gifts simple as I’ve been moving toward the last year. I came up with a small list of special things we thought he’d love. But Saturday night, as I was wrapping it all, I had a moment of panic. “This just isn’t enough!” And I told Chris we were out of tape (which was true) and headed to Target to buy tape…and also more gifts. I was determined to find more to put with it because surely, I needed MORE! This was his birthday, for goodness sake!

But as I walked around Target, I realized that nothing I saw felt special. It all just felt like extra. I had put such thought into his gifts and as I walked down aisles filled with an overwhelming amount of toys, that truth came back to my mind. If I add more, it’s just going to take away from the special few things we already have for him. More divides his attention. More isn’t as treasured as a few or one. And so I left with only my tape for wrapping in hand.

I came home, wrapped his gifts content that they were enough, but still uneasy. His birthday morning came and he ran out through a sea of white balloons because it was the color we already had. His face lit up with joy and he played with balloons for several minutes. Then, he wandered over to the table where a small pile of gifts was waiting.

He lit up, grabbed the first one and started unwrapping.

He pulled out the boy-version of a birthday cape and crown from Sarah Silk’s that Rosie got for her birthday.

He loves hers and always wants to wear it to play.

Ahhh…just joy. The smile on his face and his contentedness melted me. He didn’t even want to open the rest! He wanted to play with each thing he opened and was in no hurry to move on.

We gave him our traditional gift of a small wooden Ostheimer animal to add to their collection. He got a cat because he’s been obsessed with cats lately and played with it for thirty minutes!

Then, he opened his big gift, a $20 wooden dump truck that we’ve been told is indestructible. Time will tell! But he got so excited when he opened it and pushed the cat around the house in it for forty-five minutes until we made him leave for church.

It was just right. It was enough. He absolutely loved what he opened and went back to it throughout the day. Here are links to the four gifts he got:

I’ve gone overboard for occasions before and felt like we were making them stop playing with new things to make them unwrap more. And in the end there was a sea of new things they couldn’t even enjoy because it was just so much.

I’m not saying this is the right amount for everyone or even for other years. As he grows, he may get one more expensive item. But it was just right for this year. And it reminded me of the magic of enough.

It reminded me of why I fell in love with living more simply to begin with and re-aligned some of that purpose that I’m excited to re-spread into other areas where I’ve gone a little astray.

This boy’s birthday also had me trekking down memory lane this last week. I re-read all of my old posts about him. So many memories, so much meaning came flooding back! In case you missed those or they’re more relevant to you now, here’s a few favorites about our Dax man (click titles or photos to read the post):

DECORATING OUR HOME FOR HIS BIRTH

A LETTER TO MY SON 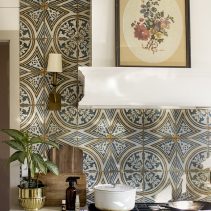 Simple, Purposeful Living at Home
Run Like a Herd of Buffalo 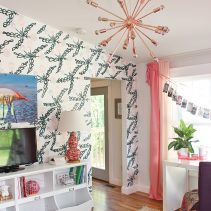 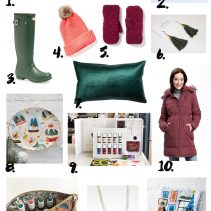 My Favorite Picks for Christmas