Since we moved in, we’ve spent more time painting the rooms we will live in most, rather than getting completely organized.

We both like things to be organized and we’ve put some things in place.  But, we have several areas throughout our house designated as “a room for the stuff we haven’t had time to deal with.”

I don’t know if we’ve been bitten by the spring cleaning bug, have just finally had enough, or if it is the party I’m hosting here next weekend, but we have designated today as an official “Spring Cleaning Extravaganza”!

Here’s a look at where we’re starting: Judging by these photos, I would say it’s that we’ve finally had enough.  But, a couple of my sister’s bridesmaids will be staying in here next weekend, so I’d say it’s about time we deal with it.

It’s going to be a huge undertaking and think I need some inspiration to get me started.

Here are some amazing organized spaces that I’ve stumbled across: Ahh, yes.  Now, I’m inspired.  I definitely can’t create a space as beautiful as these in just one day, but I can at least get things a little more organized.  That’s a step in the right direction. 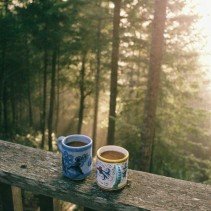 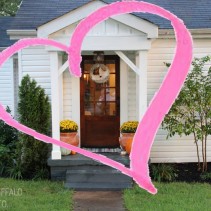 Home is Wherever I’m with You
The Cakestands