I tried to film this week’s video five times.

The first time, I “filmed” the entire thing in the thirty minutes I had when both babies were asleep.  Later that night, I plugged my SD card into my computer to edit the video and realized that my camera had cut off after three minutes without my knowledge because the card was full.  Awesome.

I tried again two days later, got the entire thing filmed and was thankful for the practice run earlier because this video was so much better!  I went to edit it and there was a giant glare/ray of sun over half of me.  While I’m really trying to let go of my desire for everything I share to be “perfect and professional” and just be real, it was so distracting, y’all.  I couldn’t focus on what I was saying and I know this story.

All of that was last week.  We had a really busy weekend with Mother’s Day, our wedding anniversary, and some other things we have going on (all will be revealed in these next two videos), so I wasn’t able to give this another attempt until Tuesday while Rosie was at school.

I tried to film this two times on Tuesday before it worked.  The first time, my camera battery died halfway through.  I kicked myself for not checking it first!  I was too rushed.  The second time, I filmed the entire thing, went to edit it and realized my mic battery had died after all of this trying and you couldn’t hear me at all.  Finally, late Tuesday afternoon, I went out to the screened porch to film it while both babies were sleeping.  It was scorching hot, I immediately started sweating, and as I clicked record and got settled on our bamboo sofa, the neighborhood fired up their lawnmower.

I may have gotten a little frustrated at this point.

I felt more purpose in what I was trying to film than anything I’ve ever shared.  I said God has been doing a huge work in our hearts and he has, y’all.  I’m stunned at how He’s changed us this last year and it means a really different future for us and for this blog too.  So why in the world was He giving me such a hard time in getting it posted???  I asked that over and over.

I came inside where it was cooler and you couldn’t hear that pesky lawnmower and got it filmed.  That video was better than any other as far as me saying what I actually intended to say and I was semi-thankful for all of the practice runs, but still was frustrated it’d been so hard!  All day yesterday, I was anxious about this post and was trying to get to the bottom of that.  Was God trying to tell me not to post this?  But I’d felt such purpose in it before.

Through my quiet time this morning, I realized that God wasn’t trying to stop me from posting this.  I’ve felt more purpose in this direction for our life (and the blog) than anything He’s ever revealed to us.  And because of that, Satan likely wants to stop it before it starts.  But, even though this has been a life-giving journey for us this last year, I realized that my pride and selfishness is what was making me question posting this as it got closer.  Sharing what God’s been teaching us and what that means for our next season in this public way means that things will change irrevocably.  The blog will change.  The decisions we make going forward will change and be affected.  Our motives will be misunderstood by some as they always are when you make radical or “on the fringe” decisions.  We will receive criticism, our decisions will be questioned.

The fear of losing my original visions for our life and blog is nearly crippling.

But I’m reminding myself of the purpose God has revealed to us this last year and standing firm.  I know this video is longer than the others and I’m sorry for that, y’all.  But this is a big one and there is so much to share.

WE ARE SELLING THE BUFFALO BUNGALOW.

I know this one is delayed from my goal to post our story videos on Monday, but today is a big day, y’all, and it made sense to save it.  Today, we close on our Buffalo Bungalow.  As of this morning, we will no longer own this house and will be renting back for a short time while we work on the new house.  While we’ve felt confident it would close for the last few weeks after all appraisals, etc. were completed, I wanted to wait until today to share this big news to be sure.

We are so excited about this next season and I can’t wait to share all the details with you in next week’s final story video…for now.

Here are some of the things I talked about in the video:

THE TWO BOOKS THAT GOD USED TO CHANGE US:

Check out our home tour and the before and after of each space by clicking below:

You can see all posts about The Buffalo Bungalow here.

Also, in the video, I talked about the changes you may have noticed in how I’ve been blogging that will continue in this next season.  Making the decision to decrease sponsored posts (except when they’re a perfect fit and something I was buying anyway), and focus more on my oil business was a hard, but life-giving one.  It’s been so exciting to see God not just make convictions, but then provide a way for this blog to make a real income from something our family was already naturally doing.

These have forever changed our health in the most amazing ways!  But they’ve also changed our family because of the business potential.  I’m always happy to share more about that for anyone who is curious!  Shoot me an e-mail: lindsay@thewhitebuffalostylingco.com.  And for those who are interested in learning more about the oils, I’m hosting an intro class tonight on Facebook! E-mail me if you’d like an invite to learn more about how these tools that God put here for us can change everything about your health!  You can read more about my essential oil journey by clicking below: 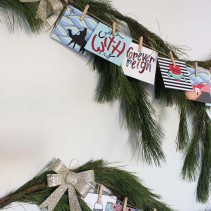 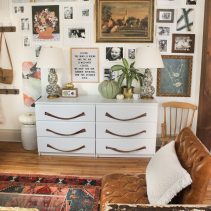 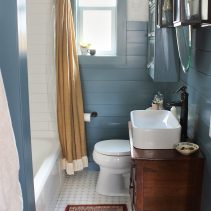 2017…the Most Powerful Year Yet

For Every Thing There is a Season