Our sweet little guy turned four months this past week.  I’m already pinching myself thinking, “Where has that time gone?”  Oh yeah, it went to taking care of two kids, renovating a house, moving, the list goes on and on.  But I realized the other day as I was holding and rocking my sweet, growing baby boy that I never shared the story of his name with y’all.

Four months in and I’d say it’s about time.

Everyone thinks about naming their kids differently.  And before we had any to name, we didn’t have any real convictions one way or another about where their name should come from.  Some are adamant all kids are named after family members.  Some really want their name to have a certain meaning.  Others just choose what they like.  We had no clue where we stood on any of that.

But after naming our Rosie Mills, that changed.  For us, her name has so much meaning.  It has a legacy.  It’s made up of the qualities we envision for her throughout her life and it’s something we’ll continually speak over her.  Naming her showed us the power a name can have.  You can read the story of her name here.

So when it came time to name a second child, our only guideline was that it had to have a vision and legacy for that child as Rosie’s did.  With our desire to pray that and speak that over her throughout her life, we couldn’t just look at Baby #2 and say “Yeah, we just liked yours.”  It had to be equally as powerful and special.

We decided not to even talk about names until we found out the gender.  I would’ve thought that would be hard for the planner in me, but a part of me didn’t want to get too attached to the idea of a boy or girl until I knew.  Neither of us had any doubt, though, that Baby #2 was a girl.  If you missed it, you can watch our gender reveal video here.  Before the appointment, we both said GIRL!

But as y’all know, Baby #2 was indeed a little boy.

The news initially threw me because we’d been so confident it was a girl, for whatever reason.  I knew it’d be great and that I’d love him as much as Rosie, of course, but it just took a little mental adjustment.  And once we knew he was coming, we immediately started to think about his name.

Rosie’s name is a family name and while we love the meaning that has, we aren’t adamant every child will have a family name if there’s something else that has more meaning for a specific reason.  But Chris’ middle name is William, as well as his dad, so we thought we’d likely use that as a middle name.  I can’t think of a better legacy to give our son than to name him after his amazing daddy (check out my letter to Dax before he was born to see some of the reasons why).  Plus, I love that William means “Resolute Protector.”

But we felt like that was the middle name and so we had to find a first name.  When we were expecting Rosie (but before we knew she was a girl), we’d brainstormed boy names and both agreed on a few things.  Mainly, we wanted a one-syllable strong name.  For some reason, we really liked that best with our last name, Jackman.  With Rosie’s pregnancy, I’d not been so patient to wait on the name until we knew the gender and I researched and racked my brain every day for name ideas.

One day, I’d been watching Parenthood (still one of the best shows of all time) and as the credits were rolling, I saw the actor’s name, Dax Shepherd.  While I don’t really care about him one way or another (though he’s great in that show), I immediately LOVED the sound of Dax Jackman.  It had the exact feel we wanted for our boy.

At that time, I’d been spouting off all kinds of weird names to Chris (well, weird was the word Chris used to describe my choices).  I love the weird ones, y’all.  I like to call them unique.  And he HATED literally everything I threw at him.  I remember a few, “Are you joking?” responses.  So I was really nervous to tell him about “Dax.”  I loved it so much and just knew he’d laugh.  But I gathered up the courage and said something like, “So I know this is really weird and you’ll probably hate it, but be nice because I really like this one….Dax Jackman.”

Without hesitation, he said, “I love it.  That’s his name if we have a son.”

Well, as y’all know, Rosie was a girl and so the name wasn’t needed.  But when we found Baby #2 was a boy, I immediately thought back to Dax.  And we loved it, but we just weren’t sure.  We loved the sound of it so much.  But with our desire for his name to have such power and meaning, we were hesitant.

The day we found out the gender, I furiously looked up the meaning of Dax with a quick google search, praying it would be something good.  And it was “water.”  Great.  What is that supposed to mean to us?  Both of us just felt like that was his name, but I knew it would be the scenario we were trying to avoid.  Rosie, here’s what your beautiful name means to us and why we chose it for you…and Dax, yours sounded good. The next morning, I had a weekly Bible Study and the teaching was on the story in John where Jesus calms the storm.  The teacher started talking about water and how it was the most interesting force on Earth.  She talked about how it could either be one of the most calming, gentle forces like waves lapping on sand or it could be one of the boldest, strongest forces.

And y’all, I started crying.  That summed up the hopes I had for a son.

I furiously grabbed my phone (yes, in Bible Study, I know) and typed a text to Chris.  And this is exactly, word for word, what came pouring out.  There isn’t a doubt in my mind these words were from the Lord about our sweet boy. And he quickly shot me a text back, “That’s his name.”

And y’all, we never looked back.  That was indeed our sons’ name.  That was indeed the exact qualities I’d already prayed he’d have: gentle, yet strong and bold.  A protector.  And God had it planned all along.  He already knew our boy’s name and He already had a perfect vision for his life and the part our sweet Dax was going to play in His big story. And y’all, do you know what’s amazing?  After having him, two words come to mind immediately to describe him.  First, happy.  He never stops smiling, ever.  And gentle.  He’s the calmest, most laid back, gentle little soul.  It’s a stark contrast for us because while Rosie is the most precious child ever, gentle is the farthest thing from how I’d describe her.

I don’t know why I’m surprised, but it’s just mind-blowing and faith affirming that the name and meaning God gave us long before we met him actually fits his unique little personality.

I want his room to reflect all of this meaning behind our boy’s name.  I’ll be sharing the updated plans for his nursery on Friday, but know that some ocean art and name word art that lists the meaning I texted Chris above will definitely make an appearance. Oh my sweet boy.  You are the absolute best.  I never dreamed being a boy mom could be so good, y’all. 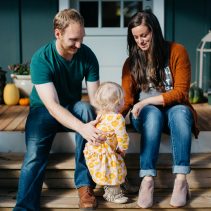 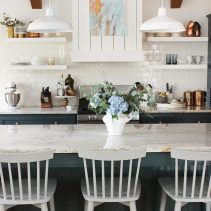 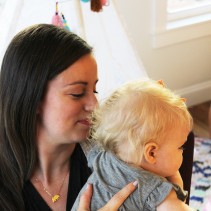 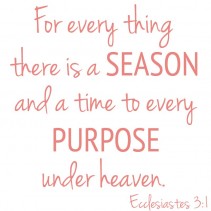 For Every Thing There is a Season