There is a reason behind my recent silence these last few weeks around here.  I’ve missed y’all!

I told you earlier this year that this year was going to be the year of adventure for us.  I didn’t know exactly what that meant, but I knew there were some changes looming.

First of all, I knew a shop was coming.

I’ve known that for quite a while, but I didn’t know how or when it would all work out.  Thankfully, that has happened and is going pretty well!  We are loving every minute of it. That’s right…our sweet little home is up for sale as of this morning. We’ve known for the last year or so that we would put the house up for sale at some point, but even still, when I took this picture out front this morning, I couldn’t believe it.

Our reasoning behind this is complex and I have very mixed emotions about it.  On one hand, I love this house.  It is our first home and we have loved fixing it up and breathing a little more life into each room.  We’ve poured ourselves into it, renovating it bit by bit.

When we first decided to sell, Chris sat me down and explained his ideas.  At that time, it just made financial sense with our current situation.  For the rest of that afternoon, I went room by room crying and picturing three little blonde-headed children playing in each one as I had imagined our life would look like there time and again.  Can you tell I’m a dreamer?

But at the same time, we felt that we should try to sell it.  We love redoing houses together.  We don’t mind the idea of doing it again.  We also are hoping to move to a downtown area here that is closer to both of our works and church.  And for us, it makes sense financially, which is a huge plus.

The idea of leaving this place is so bitter sweet.  I’m excited about the adventure of gutting a new place and redoing it from the ground up.  But at the same time, it physically hurts to think of leaving this place.  I’ve pictured our entire life here.  But, our realtor, who I love and feel so connected to already, made a good point.  She said that sometimes, doing what God wants us to hurts a little bit.  If it isn’t somewhat of a personal sacrifice, is it really an offering to Him?

So for us, this is a decision on many fronts, but it is most of all a spiritual one.  For different reasons, we know this is where God is leading us and we’re going to follow along.

So, back in the summer, we had a lot of long talks about when we would actually do this.  We set the deadline for October 1st.  We knew that was a tough deadline, but once we decided to proceed, we’ve been ready to get it up and going.  You see that we didn’t quite make that deadline.  As always, projects take longer than you think.

Around the beginning of October when we realized that our deadline had passed and we still had much to do, we really kicked it into high gear.  In addition to our jobs, we’ve been working around the clock trying to finish the last few rooms and get it up.  We have been sleeping much less, which has been tough.  Normally, eight hours isn’t quite enough for me to function normally 🙂

Needless to say, that hasn’t left a lot of time for blogging.  Several times in my last two weeks of silence, I sat down to blog about something and got interrupted.  I didn’t want to officially announce this on the blog until we had it up for sale, so that meant that I had to find something else to blog about.  These last few weeks, there really hasn’t been anything else!  I also struggled with blogging during this time because I pride myself on being honest and transparent with you guys.  I almost felt guilty like I was hiding something in having this huge thing going on and not sharing it.  So, I chose silence.

I do hope y’all understand.

We had a professional photographer come last Friday and take pictures of the house.  They turned out really well.  I’m hoping to get those files and share them soon.

We don’t really know what we’re in for.  It could sell in a couple of days or two years, but we just knew (after much conversation and prayer) that we were supposed to try.  Now that it’s up, the major projects are finished, and you guys are “in the know,” I’ll have a lot more to blog about.  In the last several weeks, we’ve re-done a guest bedroom, finished the guest bathroom, and done lots of other little projects around the house.  I’ve been dying to share the re-do’s, but we’ve been working so hard, that took precedence.

I’m breathing a sigh of relief that we’re done and I am almost back to normal life and blogging.

Of course, y’all will be the first to know if there is any news on this front.  I’m just so happy to finally share it with y’all and have it off my chest.

Since tomorrow is Halloween and I haven’t had time to post many fall decorations yet, I’m going to share that with y’all before the room re-do’s.

Thanks for your patience with me these last few weeks.  I do hope y’all will hang around and see where all this takes us.  I have a feeling a lot more major renovations are in our future and nothing gets me more excited! 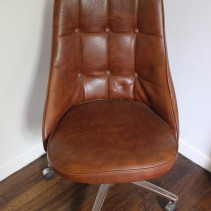