Well, I’ve been trying to get this post out for a solid week.  I went back to school last Thursday, students start today, and I have been swamped.  I try to do pretty well in balancing my two worlds: school and the blog.  But I’m off to a terrible start this year!!!

I have mixed emotions about going back to school.  I know going back to a routine will be good, but it’s sad to see the summer go!

I appreciate y’all’s patience with me.  Things have been rather busy and out of routine around here the last month or so.  Thank you for your kind words last week about Nicaragua.  Anyway, I told you that I would post the highlight of my trip.

I’m going to warn you in advance…this post is really long with lots of “faith talk.” 🙂  I tried to condense it, but really needed to share with you guys in full exactly what I encountered in Nicaragua.  Here goes…

Before we left, we were given the choice of whether or not we wanted to stay with a Nicaraguan family in their home one night.  I was a little unsure about it.  I worry a lot (which I’m trying to work on) and the unknown of this made me nervous.  But Chris thought it was a great idea and encouraged me to do it with him, so I did.

On the first day there, he and I met Karla Rodriguez. {Karla is in the purple shirt.}

The day came and I woke up very excited, yet very nervous.  Unfortunately, Chris woke up very sick.  He tried to work that day and insisted on going to stay with the family that night, but he kept getting worse and our leaders decided he should go back to the hotel.  He was really sad that he couldn’t go.  He had most looked forward to that part of the trip.  The good news is that within 24 hours or so, he was much better.

So, another team member named Morgan was assigned to go with me at the last minute. I was thankful to have someone going with me.  Morgan and I were both anxious/excited as we headed off to their home at the end of the work day.  We had no clue what to expect and were hoping that we would be able to communicate.

As soon as we got there, the family grabbed a stack of photo albums that they had prepared for us and we went through them.  They told us who was in each photo and what was happening.  Amazingly, we were able to understand and communicate.

Then, they wanted to get on Facebook and friend us so that we could keep in touch.  This part I did not expect!  We had a great dinner together and walked to get ice cream afterward.

We had a great time and were amazed with how we connected with them. Despite how much fun we had, I left with regrets.  I was very sad to leave their home knowing I may never return to build on the connections we made.  But I was also very sad because I had gone into the evening hoping to share Morgan and my story of faith and it never came up.  Once we got there, I was so focused on just trying to bridge the language barrier and communicate that I totally forgot and we just talked and had a great time.

I have always found, though, that God works in very mysterious ways and uses the smallest of things that we do to really move mountains and do something huge.  This was no exception.

The following evening during our “team time,” one of our Nicaraguan guides shared the family’s experiences with us staying there.  When she got to us, she began talking about Karla’s story (which again we totally forgot to ask about).  It turns out that Karla was not a Christian.  She had chosen not to be.  She loved going to the church and helping people, but didn’t want to follow the “rules” that Christians have ( just for perspective, Nicaraguan churches are much more legalistic than ours and follow a very stringent list of rules).

However, she told our leader that after staying with us she wanted to know Jesus.  She said that seeing us and our spirit and seeing how much fun we had made her realize that it wasn’t about the rules.  She wanted what we had and became a Christian.

Morgan and I were so moved and shocked by this.  We had beat ourselves up all day because we felt like we had missed a major opportunity that God had put in front of us and he used the measley amount we did to bring Karla to Him.

As the week went on, Morgan and I just became overwhelmed with God’s power and how He had orchestrated everything with our stay.  Yes, Chris got sick and couldn’t go, which allowed Morgan to go.

But looking back it all made sense.

Yes, we hate Chris had to be sick.  But we went into a house of almost all women.  There was one young lady, Jennifer, who was my exact age, had been married the same time, and had very similar interests as I do.  Here she is with her son Carlos: She and I connected immediately and developed a really strong bond.

Raquel, her younger sister, was Morgan’s exact age, both are nursing students with one year left, and both have boyfriends of a year and a half that are working nurses.

Could we have planned that????

We developed such strong bonds with these young women, who are living very similar lives to us despite the cultural differences.  Here we are with them: Saying goodbye to this family and these girls was by far the hardest part and struggle of my trip and really one of the hardest things I’ve had to do.  They kept asking if I would be back and it killed me to not be able to promise that I will return where they are.  I told them I hoped so and pray that I do.

As I was leaving, I was trying to say goodbye to Jennifer.  She and I just looked at each other for a moment, both with tears in our eyes.  Then, she placed her right hand over her heart and her left hand over mine.  She looked into my eyes and said, “Siempre mi familia,”  which means “You will always be my family.”

I think you can imagine how I responded to that!  I’m crying now just typing these words 🙂  Although it’s hard, I had to share this with you to really get across the faith and generosity of these people.  They don’t have all of their physical needs met as we do here, yet their faith is stronger than anything I’ve encountered here.  They have much less than we do, yet they are much more generous than I’ve experienced here.  And lastly, they welcome you into their home and their family as a stranger and treat you as their own.

I hope you can see why this was the highlight of my trip and why it truly changed me forever.

Here are a few more photos I want to share of us with them: On a totally different note, I will be back to posting as usual beginning this week.  I do think the routine will be good for that!  I don’t feel right now posting as often.

Thanks again for your support and patience 🙂 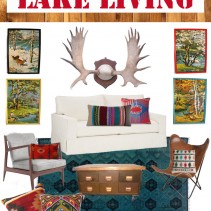 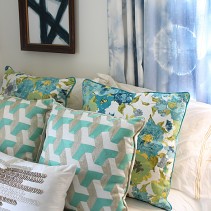